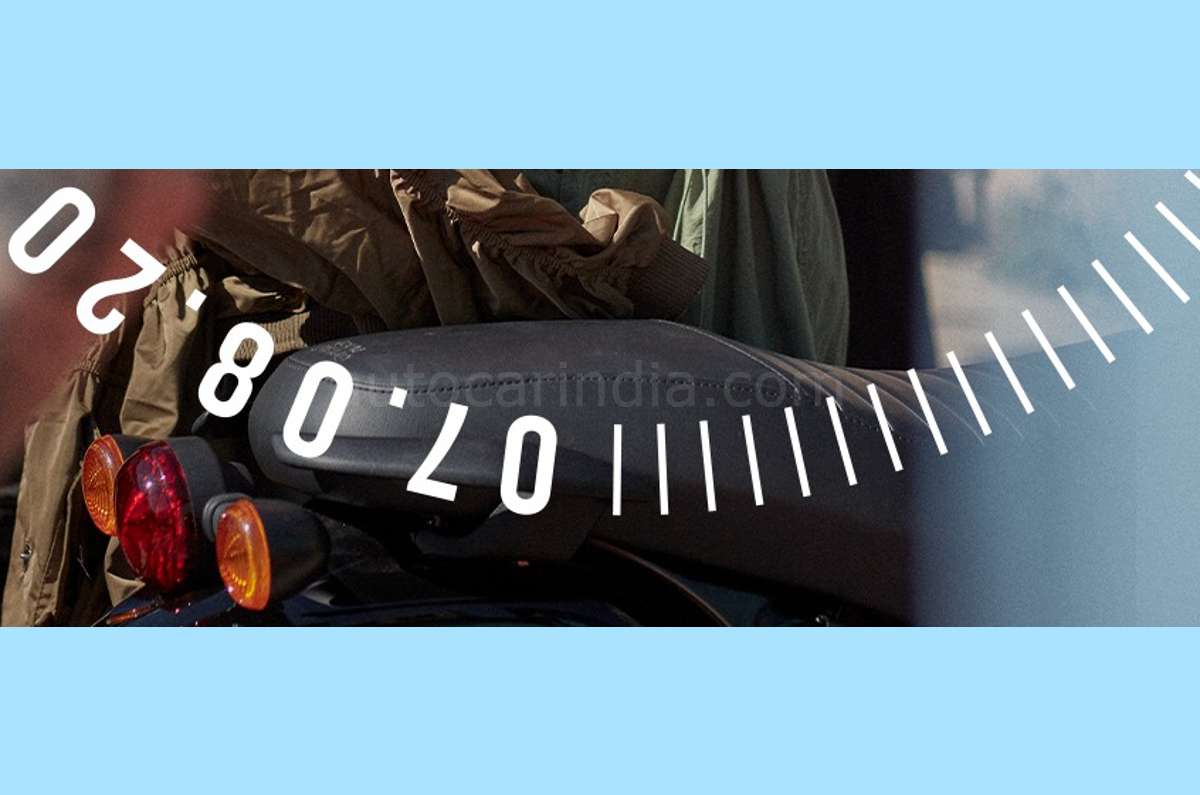 After a long trail of spy shots and recent teasers, the very first official images from Royal Enfield giving us a peek at the upcoming Hunter 350 have emerged. And even though the bike has already been spotted undisguised in full a while ago, a closer inspection of these new pictures reveals fresh details about the bike.

The pictures give us a clear look at the rear section of the bike, where we see the round tail-lamp and rear indicators that we saw in earlier spy shots. But we see two bikes side-by-side with two different indicator designs – the bike on the right seems to get conventional bulb-type flashers, while the bike on the left appears to get LED blinkers. The LED units are likely to be an official accessory from RE. Earlier images also showed another variant of the bike which featured rectangular indicators.

Another interesting detail is at the front of the bike, where we see it featuring RE’s Tripper navigation pod. This is also likely to be offered as an official accessory from RE – the Hunter is likely to be the entry point to RE’s line-up and will therefore most likely not get it as standard, especially since the company recently stopped offering it as standard fitment on all its models, owing to the semiconductor shortage.

The final detail to note is the Ceat Zoom XL tyres seen on the bike in the image. These are the tyres that will be offered on the alloy wheel-equipped versions of the Hunter – the wire-spoke wheel variants will receive different rubber.

With an official launch slated for August 7, there isn’t long to wait before all the details about the Hunter 350 are revealed. There are likely to be some more teasers before then, so stay tuned for more updates.

This is a autogenerated feed from https://www.autocarindia.com/bike-news/first-official-pictures-of-royal-enfield-hunter-350-emerge-gets-tripper-425295#utm_source=feed&utm_medium=rss&utm_campaign=Autocar+India+Bikes+200cc-350cc+feed & Bull-LEDs do not have any ownership of the content.